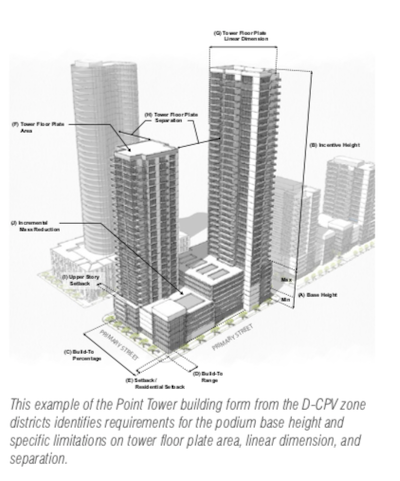 Yes, another plan from the city, trickling down from the top. The survey is online until this coming Monday, April 27.

One thing that really caught my eye in today’s Denver Post was a column written by Jamie Giellis. Last year, she ran for mayor against Mayor Michael Hancock, but in the run-off, Hancock won. The headline on the column is “The virus offers opportunities to rethink priorities.” For example, like, these: pare back the renovation of DIA to focus only on the necessary, halt the expansion of the Colorado Convention Center (remember the bid-rigging scandal?), shelve “indefinitely” the $100 million 16th Street Mall, and on and on.

Boy, I am really with her on this. The city faces $180 million in lost tax revenue as of now. Think about that.

What we need to add to the list of the numerous plans being created for the city’s neighborhoods need to be put on a back burner. Any push to keep these plans going only will help developers, not residents in these neighborhoods. Stomp on the brakes. Put on a shelf. They don’t need to gather dust, but this is just not a good time. No meetings are really possible with an actual audience, so it’s all digital, which is just not the same.

The Golden Triangle and Design plan caused the Neighbors for Greater Capitol Hill to raise a distress flag, because the new idea of zoning for 30-story buildings would break the view plane located in Cheesman Park / Botanic Gardens. Kristofer Johnson, the city planner who is working on this Golden Triangle plan, said that the images from the Neighbors for Greater Capitol Hill were not calculated correctly.

But watching the planning board meeting 10 days ago was quite interesting. When the question of the view plane came up right at the beginning, Johnson noted that these much taller buildings in the Triangle would not be allowed to be built in the view plane. All members of the Planning Board should remember this forever. It needs to be codified. Right now, the Triangle’s zoning is limited to 18 or 20 stories. And with the upcoming numerous buildings that have been announced will range from 14 stories to 19 stories. For now, anyway.

Three things stood out for me:

The new zoning would allow a transitional area so that a building is not lot-line to lot- line. There could be some room for grass or trees or porches in front of buildings.

The Planning Board members talked about all of this zoning, design and building concepts, but no action was taken. There were some interesting comments, though, some of which dealt with the ground-level stories in these planned buildings. Since the city has pretty much mandated that ground-floor levels feature retail, those spaces had pricey leases, and mom and pop operations couldn’t handle those leases. Plus, in our future when things sort of get back to normal, who is going to lease these new fancy ground-level storefronts? Only chains? Or will they be empty for quite a while? The leases will not be cheap, because the developer will want the money for that lease, which makes sense.

Thank you to members of the Planning Board to be cautious in their comments. And thank you to Jamie Giellis for writing a column in which mega-projects can rest for a pause, and instead consider the people who live in Denver. It’s spot on.

4 Replies to “Dial some things back, OK?”