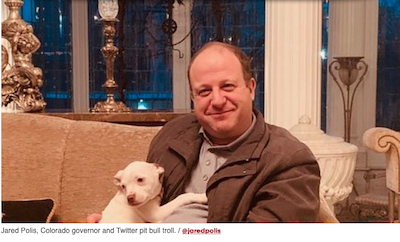 There I was ready to stock up on snacks to watch tonight’s Denver City Council meeting, when I supposed the members of council would address the mayor’s veto of repealing the ban on pit bulls in Denver.

But no: Instead, the Denver City Council will take on this issue next Monday, February 24. I’m sure there will be a heated and lengthy discussion.

The link below leads to the story on this very topic from today’s Westword. As noted in the post, “By the time Hancock’s choice was made public, most council staffers had already left for the three-day Presidents’ Day weekend. That made it logistically difficult to squeeze in what will almost certainly be an extended block of time needed to discuss, debate and re-vote. (The measure was originally approved by a 7-4 margin — one presumed opponent and one likely supporter were absent — and nine votes are required to override.) So for the convenience of legislators and members of the public on either side of the issue, the matter was bumped until February 24.”

The image above is so surprising that it had to be published here, too, with Governor Jared Polis introducing us via Twitter to a pit bull puppy that belongs to a friend.  His comment: “Freda, a friend’s new pit bull rescue pup, joined us at the governors mansion in Denver tonight.” Polis added a “shhhh” and an emoji that means “hush.” The mayor’s response: Wow.