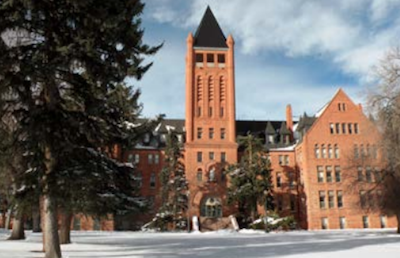 This week, I attended a Denver Planning Board meeting where the Loretto Heights Area Plan was under review.  After attending three of the four community meetings (a fourth one was held in Spanish), I wanted to see how this played out. The plan sailed through, and I was not surprised. Still, there were certain concerns from speakers.

City senior planner Jason Morrison outlined the plan for the board and those in attendance. Then, speaker after speaker noted how well the plan laid out information, especially since it is one of the first area plans to be pretty much completed after the city’s adoption of the 2040 Comprehensive Plan.

Both the Loretto Heights plan and the Comp plan are, as expected, aspirational. Still, from the comments online and the placement of dots on giant boards, reading the plan shaped a future for people in neighborhoods surrounding the Loretto Heights campus, along with others who live in southwest Denver.

The most interesting speakers were a principal of the development firm that owns the campus, and two speakers who had issues with the plan. Mark Witkiewicz, a principal in Westside Development Partners, noted that he felt it was “a bitter pill to put it in the community’s hands” in terms of input to the city. The upshot? “The best thing we ever did.”

Then, Jim Gibson, a concerned member of the Loretto Heights Community Initiative, and Larry Ambrose, a noted community leader, stepped up to basically say there seemed to be a lot of details missing in that plan, while decrying the building height that would be allowed (5- and 8-story construction).  At the end of the meeting, planning board Don Elliott said that in the past plans were “over-prescriptive,” and there had to be fixes in the plans. Thus, not many details. But the metropolitan district plan, which was submitted to the city a couple of weeks ago, there were some details there. Like the potential number of residents on that campus could potentially climb to 2,500 residents.

Witkiewicz responded to a comment on the metropolitan district plan, a whole different issue, which will fund infrastructure on the campus. But he also announced that a new apartment building would feature one-, two-, and three-bedroom units, a size that is usually not found in affordable housing.

Two things made me wonder:

Preservation certainly came up in the area plan and in comments from numerous people involved in the process. The important older buildings on the campus have big support; the Modernist buildings – and there are many of them – have not generated much attention, except for the beautiful 1960s theater, which is a Modernist gem. The Sisters of Loretto retained superb architects who designed Modernist buildings that still hold up. It’s all in the hand of the developer. And more than one planning board member wondered about the idea of a preservation district on the campus. I will not hold my breath.

The second thought that crossed my mind while driving home was the dichotomy of Westside Investment Partners. There seems to be a connection between developer and the community on Loretto Heights’ future, which I witnessed in those community meetings and at the planning board meeting. Now that could go awry, but the neighbors can certainly be vocal.

On the other hand, Westside announced, a few weeks after the mayoral runoff election, that it had purchased the Park Hill Golf Course. The news seemed to just pop up,  considering the concerns about this rare open space in that part of Denver. This seems like a disconnect to me. The golf course has been party to a conservation easement (for three decades) requiring it to be open space.  Things seem to be swirling around this issue. So what happens next? This will fall on Denver’s City Council.