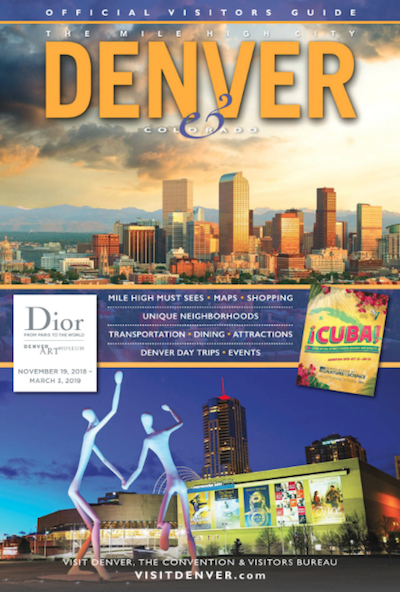 Much as I applaud The Denver Post’s series on our city’s loss of green space (or just plain open space) to rampant development, it’s now 2019. The horse is out of the barn. This series should have been published in, oh, say, 2015. There could have been a way for city leaders to slow things down – somehow.

I’m no city planner, but I watched changes happening in my neighborhood (and other neighborhoods) around that time. More people. More cars. More construction. You saw that, too. Denver was growing, and so was the number of residential buildings, and scrapes of single-family housing to erect multi-family dwellings.

The series started this past Sunday, and ended today. These are the paragraphs that grabbed my attention:

“Denver’s elected leaders and developers over the past 20 years drove this shift toward high-rise towers, yard-devouring duplexes and shopping plazas — and away from Denver’s ‘city within a park’ heritage that a century ago incorporated natural preserves of 100-plus acres.

“They replaced Denver’s original pattern of settlement amid green space with an increasingly dense format that has enabled population growth by 41 percent, from 498,402 residents in 1998 to 704,621 in 2018. This heavily built cityscape is replicating, a recent aerial survey revealed, like the circuitry inside computers.”

The thing is, we didn’t elect the developers, we elected the “leaders,” who changed the zoning code and helped enable the developers by changing zoning in various areas to accommodate more density. I think this series is showing up at an interesting time: Denver will have the opportunity in early May to elect a new mayor and new City Council members, and this series should not be forgotten.

If you live here and drive a car or ride a bike here, you know where these areas are. Land has become incredibly expensive. New single-family housing has been put on a back burner. Slot homes totally mucked up everything. Micro-units would be great for people entering the job market or in school, but the rents seem rather pricey since these micro-units will not really accommodate a roommate.

Then there are the 5-story apartment blocks that seem to have been tossed up in record time, with marginal “design” and cheesy materials. Luxury apartments may look much better (and seem to be built much better), but, I would think, are priced for people who earn an upper-level income.

People voted to tax themselves for more green space during the November 2018 election. Yes, we have parks, but people want more – and I understand that. But where will these parks go? Will they be pocket parks, or parklets? Will developers be asked to foot some of this bill, and carve out some of “their” land for small parks that are open to the public, not just residents of a development.

I have no answers, but I think it is time to select someone to head the city’s Department of Community Development and Planning. It is now run by an interim director, since the previous director, Brad Buchanan, quietly shifted to the position of CEO of the National Western Center Authority last fall — a smooth move before the November election. It also is time to select other leaders who can put people first.

Below are links to The Denver Post series. I’ve also added a link to a story in New York magazine, about the clash involving beloved parklets in two disparate cities where developers want to reclaim the parklets to build affordable housing.