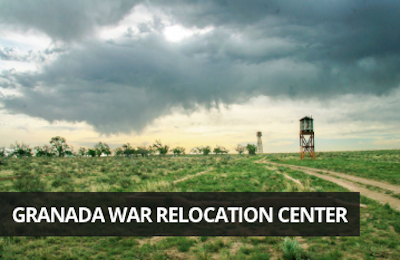 One of my favorite reads is The Cultural Landscape Foundation (TCLF) website and newsletter, which was founded by Charles Birnbaum in 2003. Before creating TCLF, Birnbaum for more than a decade was coordinator of the National Park Service Historic Landscape Initiative, after many years in private practice in New York City.

As president and CEO of TCLF, Birnbaum, FASLA, FAAR, and his team have created a website that keeps us posted on places – and spaces – that are being either celebrated or threatened by badly conceived development. Many are parks or civic spaces, but once a year, the foundation does a major roundup in Landslide©, which is designed “to draw immediate and lasting attention to threatened landscapes and unique features.”

If you follow the National Trust for Historic Preservation’s annual 11 Most Endangered Places list, consider Landslide© on a par for helping us learn about cultural, architectural, and historical places that are facing deterioration, demolition, under-funding, or, well, plain public and civic amnesia.

Funding was authorized originally in 2006 by President Bush to preserve and interpret these camps across the West and South where 120,000 people of Japanese descent were incarcerated during World War II (two-thirds of whom were American citizens). But according to TCLF, the current administration has “submitted budget proposals that have sought to greatly diminish – or altogether cancel – funding for the program.”

One of those 10 camps – the Granada War Relocation Center — is near the town of Granada, in southeast Colorado. The camp has been known as Amache since its beginning, so there was no confusion with two post offices. Many aspects of Amache have been saved, as noted in the section on these relocation centers, so we will remember what happened as a stain on democracy. But there are still challenges.

To learn more about this entry on the Landslide© list, check out this link:
https://tclf.org/sites/default/files/microsites/landslide2018/japanese-american-confinement-sites.html

To learn more about the foundation, and the Landslide© program, click on the Home button.